Nour WGSS in Qunaitra conducted an awareness session on the topic of early marriage and its consequences on girls. The session was directed to women and girls of the local community about early marriage and its negative effects on them both physically and psychologically.
Case Manager, Ismat Al Fares, said, ” Some think that marriage is the answer to all problems a family may face whether social or financial. Such a socially accepted practice has a particular disadvantage for girls on the long run.”
The session was concluded with signing of an agreement on early marriage reduction and the importance of raising awareness among women and girls on this particular topic.
Nour WGSS in Qunaitra provides periodic awareness session and is funded by the UNFP. 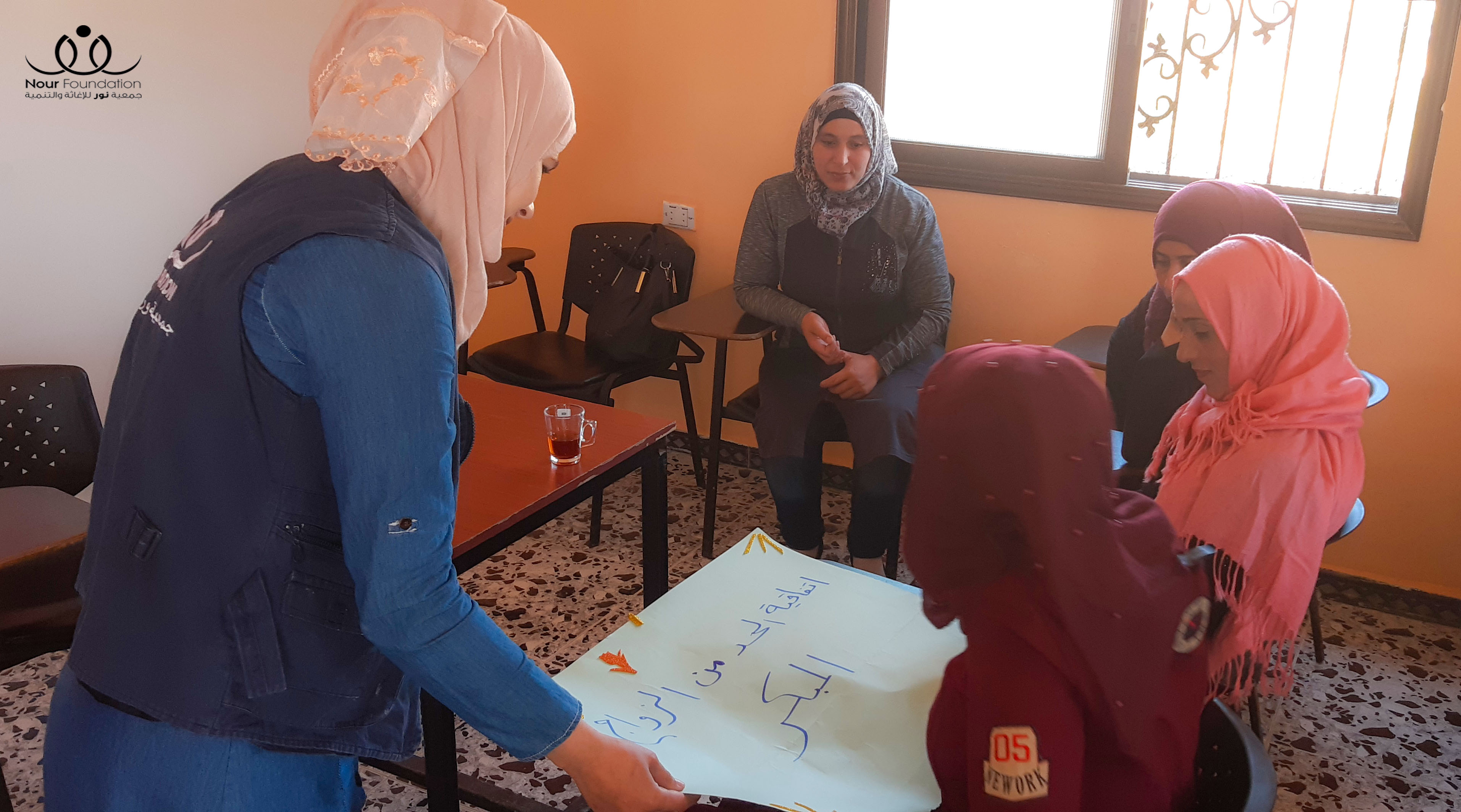