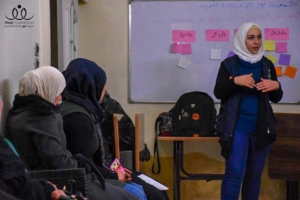 The mobile team of the Nour WGSS in Sehnaya organized several sessions about reproductive health and gender-based violence at Ghiras Development Association.
Through conducting interactive activities in the sessions, women became acquainted with the concept of domestic violence, its causes, and its effects on children, women, men and family in general.
One of the facilitators said, “Repeated violence leads to silent divorce and mutual loss of affection. On the other hand, it also leads to the disintegration of the family resulting in divorce and deviation of children, as home becomes an inappropriate place to live.”
It is noteworthy that the mobile team of the Nour WGSS in Sehnaya, which is supported by the UNFPA, regularly provides awareness sessions targeting women, with the aim of raising awareness within the project “Daam” (Support) and under the slogan “Strong Woman, Strong Society”. 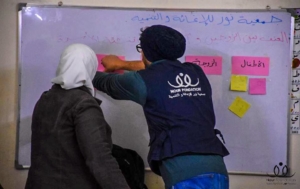 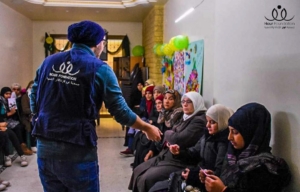