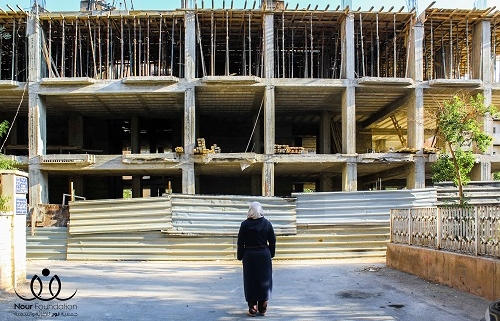 Not only did Soumaya lose her husband and was forced into displacement  during the war, but the house she had been waiting to live in was taken over unlawfully by her brother-in-law.

Soumaya had been paying for  the house, she had not yet officially owned,  monthly since 2014. The only proof of property ownership  she had was the receipts of the payments made.

“I wanted this house so desperately to secure the future of my children, and I almost lost  it,” Soumaya said.

After attending legal awareness sessions in Nour WGSS in Al Zahira, Soumaya decided it was time to take legal actions against her brother-in-law. With the help of an attorney and after only one month, she regained lawful possession of her house.

“I don’t have to leave my country to look for a decent shelter for my family any nore. That was the only thing I thought of when I received the writ of possession after 14 years of suffering,” Soumaya said.